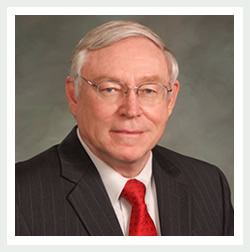 Senator Gardner has been a practicing attorney for over 30 years and continues to practice law in Colorado Springs. His practice emphasizes federal procurement law, administrative and regulatory matters, as well as education law focused on school choice and charter schools. Senator Bob Gardner is a graduate of the U.S Air Force Academy and served as a missile launch officer. While an officer in the Air Force, Senator Gardner received his J.D. from the University of Texas. In 2006, Senator Gardner was elected to the Colorado House of Representatives where he represented House District 21/20 for four terms. Senator Gardner was elected to serve Senate District 12 in 2016.

Senator Gardner is a fierce advocate for school choice and fights to provide Colorado students with more individualized education options that suit their needs. Senator Gardner works hard to empower families and communities in Colorado, and streamline government to increase accountability to the taxpayers who fund it.

Senator Gardner is the proud father of two adult children, Bob Jr., a graphic designer, and Laura, an attorney.