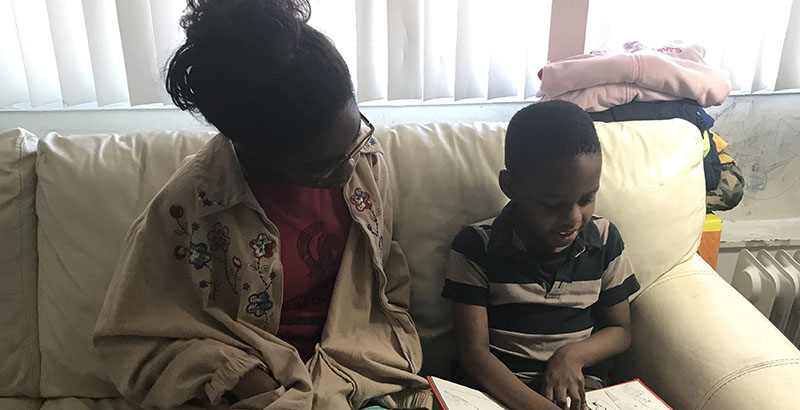 Families: Libraries may be reopening soon. Go to ppld.org to find out more. Here are a few articles from students about how they are handling the pandemic.

Pikes Peak Library District will take a phased reopening approach for our 16 facilities that prioritizes the health and safety of our patrons and staff during the COVID-19 pandemic. Here’s how you can use the Library remotely, including access to digital resources and virtual programs.

Starring: Jessica, Iridian, and Rosa Torres, three sisters who feel trapped not only by their controlling father and their old San Antonio neighborhood, but also by the restless spirit of their older sister Ana, who died a year ago.

Why you might like it: Told from multiple perspectives, Tigers, Not Daughters offers a moving, unsettling, and quietly otherworldly portrait of grief and sisterhood.

For fans of: the haunting magical realism and complex Latinx characters in Anna-Marie McLemore’s books.

What it’s about: Graphic novelist and self-proclaimed comic book geek Gene Luen Yang delves into sports, history, and memoir in an illustrated account of the year he spent with the Dragons, a diverse high school basketball team striving to become state champions.

For fans of: the gripping documentary style of Netflix’s Cheer.

Dear Ally, How Do You Write a Book?

What it is: an honest, easy-to-read guide for aspiring writers that covers the entire process of writing a book, from outlining to editing to publishing.

Is it for you? If you’ve ever struggled through NaNoWriMo or gone to an author event just so you could ask for writing tips, this book is for you.

What it’s about: After everyone at school finds out that Nic Chen hooked up with her boyfriend’s best friend, Nic tries to rebuild her reputation by writing college admissions essays for her classmates. It’s easy enough to write about other people…but is she losing herself in the process?

Why you might like it: Written in a spare, reflective style, this story-in-verse gives you insight not just into Nic’s life, but also into the lives of everyone she writes for.

How I Discovered Poetry

What it is: a collection of 50 autobiographical sonnets describing poet Marilyn Nelson’s experiences growing up black in 1950s America, including her family’s frequent moves (her father was an Air Force officer) and her realization that “there’s a poet behind my face.”

Who it’s for: those who find comfort in words, as well as those who see themselves in Nelson’s search for her own authentic voice.

What it’s about: High school senior Laila is obsessed with watching, reading, and writing science fiction. When her hyper-critical new writing teacher says that her writing won’t improve unless she gains some real-life experiences, Laila discovers that reality can be just as thrilling — and just as heartbreaking — as fiction.

Read it for: an inclusive cast of characters, including a snarky main character whose messiness and mistakes may be all too relatable.

Eliza and Her Monsters

What it’s about: No one at school knows that friendless, introverted Eliza is also LadyConstellation, creator of the popular webcomic Monstrous Sea. Eliza never has cause to question her careful anonymity — at least not until she bonds with Wallace, a new classmate and Monstrous Sea superfan.

Including: illustrated pages from Monstrous Sea, as well as snippets of Wallace’s fanfic.